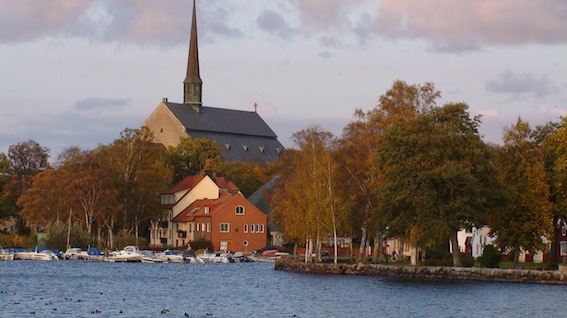 The medieval city of Vadstena is situated on the border of the Vättern lake and is known for the Vadstena Abbey Church (picture to the left) and the Vadstena castle (picture below), one of Sweden's best preserved castles, which dates back to the era of Gustav Vasa (1545-1620). Originally built as a fortress by the king, the four cannon towers had 58 cannons in 1560. King Johan III, son of Gustav Vasa, turned the fortress into a Renaissance palace. Members of the royal family lived here through the centuries. Today you can visit a cannon tower, passages, the royal chapel and the great halls. The third floor is furnished the way it might have looked in the 17th Century.

The church is visible in the background and the Vadstena Klosterhotel where we will stay is one of the buildings in front of it close to the lake shore. The Abbey church was used by monks and nuns of the Birgittine order before Sweden became protestant in the 1500 century.

You can visit the municipal website to find out more about the available activities.

The Mount Omberg, situated nearby, hosts an exhibition that tells the story of Omberg's rich nature and culture - from the ice Age and the stone axes, to the giant oaks and the beetles. 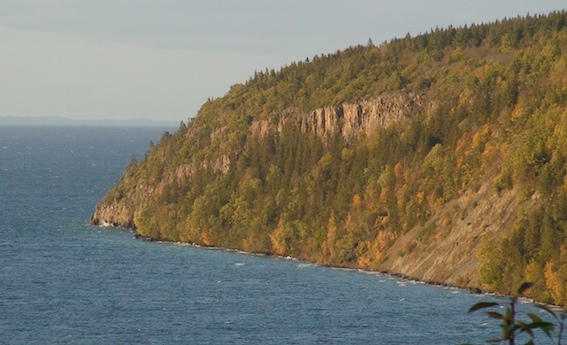 The Vadstena Klosterhotel has comfortable accommodation in a historic environment. During the Middle Ages, Vadstena was the location of a catholic monastery for munks and nuns of the Birgittine order. The hotel is largely located in the same medieval buildings that were once the monastery, now adapted to meet the requirements of modern living. The small town of Vadstena, by lake Vättern, bears witness of many ancient Swedish celebrities, who were active in the town and its surroundings; among them Holy Bridg et (Birgitta), king Gustav Vasa, prince Eugen and the author and Nobel price winner Verner von Heidenstam. The rooms of Vadstena Klosterhotel are beautifully decorated with furniture adapted to different time epochs.

The city Linköping is situated in southern Sweden, 200 kilometers south of Stockholm. Linköping University is located about 3 kilometers from the city center.

The Copenhagen-Stockholm link of the central European railroad trunk passes through the city.

Train tickets can be purchased online or at the station (not on board the train).

The airport coaches (flygbussarna) is the most convenient way from Stockholm/Skavsta airport at around 90 minutes and usually with a schedule that match your arrival at the airport. (You can sometimes catch a taxi, but it’s an expensive ride.)

Bus 12 takes you from the railway station (”Resecentrum”) via city center (”Stora Torget”) to the university campus (”Universitetet Golfbanan”).

Please observe that a special prepaid card is necessary when using regular bus connections. The card can be purchased at ”Pressbyrån” and at the office of Östgötatrafiken at the railway station. It is also possible to pay with credit card through an app.

Östgötatrafiken operates the public transport of the entire county, which includes the local buses in Norrköping and the local trains between Linköping and Norrköping.

Getting from Linkoping to Vadstena by Train:

You can take the train from Linkoping central station to Motala or Mjölby train stations which are respectively 17 and 25 km from Vadstena, and then a taxi or bus to Vadstena.

The SJ website allows you to see the schedule for the trains and eventually purchase your ticket.